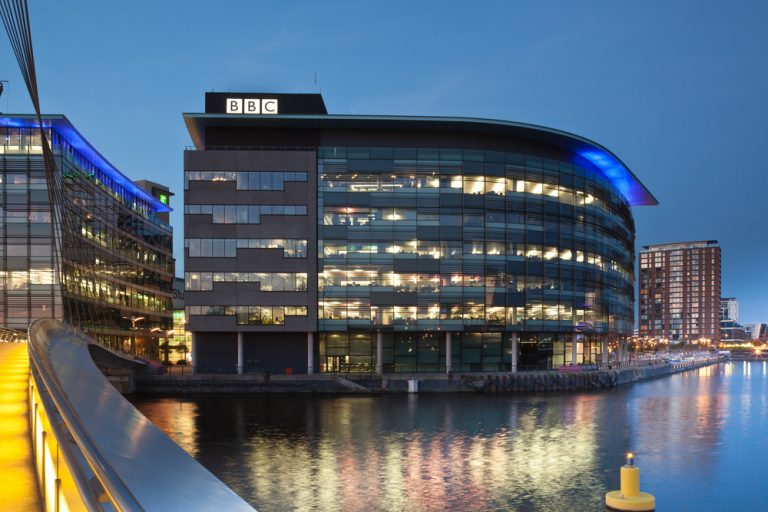 Diane’s comedy career began in fringe theatre, where for five years she wrote, script edited and directed Newsrevue, the well-known, London-based, topical satirical show.  Subsequently, she spent five years as a BBC Comedy Producer/Director, with credits encompassing the entire range of comedy output, including One Foot In The Grave, The News Quiz, and Week Ending.  Now principally a freelance comedy writer, Diane’s blogs include the topical satirical amuzenewz.com, along with https://reversingoverexpats.wordpress.com, which features comedy rants about life in London.

Diane also teaches stand-up and script-writing at The Actors’ Centre and ALRA, and also with her own company, SecretofComedy.com. She’s on Twitter as @NiceEtoile, where her followers include an array of comedians, journalists and banana smoothies.

What is your favourite TV comedy?

I’m a great fan of shows where the material is not only funny, but
also consistently intelligent and witty, such as The Big Bang Theory.
The characters are extremely well drawn and – although this isn’t
necessarily supposed to happen in sitcom, where not much traditionally
changes – you can see their development as people through the series.
It’s my favourite teaching tool when I’m tutoring comedy writers.

And although it’s not TV, I love the kind of sharp banter found in
movies like The Thin Man series of the ’30s. Having started out in
political satire, for me the best scripts comprise sharp dialogue that
also has something to say.

The notion that the Americans ‘don’t do irony’, by-the-way, is
way off beam; Frasier and Friends, as just two examples, are superb
social commentaries.

Do you have any advice for getting a script in front of the right
person?

These days it’s mostly down to having a good agent, but I’d advise
writers to network all they can in person. It’s time-consuming, and
appears to go against the grain of this instant digital era, but
it’s worth putting in the time and effort to say hello to someone
face to face.

When I was at the BBC I was far more likely to cast an actor I’d
exchanged a few words with, rather than leaf through thousands of mug
shots in Spotlight. And even if you don’t have access to the people
at the top, you never know who you are going to meet – everyone in the
business has contacts who know people who know people…

What was the best series you worked on while at the Beeb?

Hmm, tough one. The most famous was One Foot In The Grave, which I
directed and produced for radio after it had first aired on TV. That
was interesting from a technical point of view, because it had been
written for television, and had to be specifically adapted for another
medium. Additionally, we had to ensure the many ardent fans of the
sitcom, who knew the episodes backwards, felt we’d given them as
exact a replica as possible in an audio version of the original TV
series.

However, I’d have to say my favourite shows were the topical news
ones – The News Quiz, Week Ending and so on – which were also the
most pressured, having the shortest lead time for obvious reasons. The
most memorable of those was the series of Week Ending which ran for
the entire six-week duration of the first Gulf War; it was the only
political satire show to air anywhere in the country during the
conflict, as most broadcasters of satirical content traditionally
panic at such times, and it garnered a lot of media attention.

In fact, a news team from Channel 4 came to film a recording of one of
the episodes, during the course of which it was discovered that the
Iraqi SCUD missile launchers, so assiduously targeted in air strikes
by the Allies, were actually made out of cardboard. Luckily, I’d had
the prescience to have a writer on standby in the studio, and we
subsequently recorded a very funny Blue Peter sketch, instructing the
audience how to make a cardboard SCUD launcher out of 76,498 toilet
roll inserts.

The writers rose to the occasion superbly during that series, and I
was able to offer an alternate point of view from most other media
coverage of the invasion, which served only to support the
poodle-prostration of the British Government when it comes to doing
the US’ bidding; something which gave me great personal
satisfaction, as freedom of speech is persistently under attack,
especially these days, and particularly in time of war.

You talk about having a voice through comedy – is comedy really that
important?

I was once at a talk given by Sir Bernard Ingham, Margaret
Thatcher’s Chief Press Secretary, when he listed satire as “one of
five things which have brought this country to its knees”. I can’t
remember the other four, as the steam coming out of my ears quite
fogged up my brain, but when questions were invited at the end I stood
up, introduced myself as a political satirist, and thanked Sir Bernard
for his contribution to my income for the past couple of decades. I
went on to ask him whether he would prefer to reside in China, or
perhaps North Korea, where criticism of any kind about the political
system – albeit even humorous – would ensure a swift death (and I’m
not talking about dying on stage).

Political satire is absolutely crucial in a free society, and can be
extremely powerful. Just ask David Steel, former leader of the SDP,
what happened to his career after his puppet self was depicted in
David Owen’s pocket in Spitting Image, or that well-known fun guy,
Kim Jong-Un, about how trivial he thinks comedy is.

Actually, The Interview is a timely case in point: the whole thing has
been so spectacularly mishandled – as if the notion of actually naming
a real (hostile) world leader in a major movie wasn’t bonkers enough
in the first place – and the White House and FBI have had to step in,
and it’s become a huge international embarrassment, with huge scope for
hostilities which will run and run…life imitating (very bad) art.
So, yes, satire can be extremely powerful and a far more serious
matter than your ordinary ‘just make ’em laugh’ kind of gag. Not
everyone understands it – SONY! <COUGHS> – but when used well, it can
make a point far more effectively than hours of political polemic.

It is fair to say there have been some stinkers on BBC3 over the
years, what do you think of the channel and the plan to make it online
only?

You know, people often reminisce about a ‘golden age of comedy’;
there has never been one…they just remember the good shows, and
forget – thank goodness – the bad.

Broadcasters need to have the freedom to experiment, which is an
especially rare thing at this time, when budgets are squeezed so much.
And there’s usually very little chance to let series develop; if
they don’t get the figures from the off, they’re gone.

As for channels only being available online, I’m afraid I can’t
get that worked up about it; the Licence Fee as we know it is about to
end – it will be radically altered at best, abolished at worst – and
the world is becoming ever more digitalized. Increasing numbers of
viewers are watching output on catch up services rather than at time
of terrestrial transmission, and what with the rapid and relentless
advance in personal technology, TV sets are at the beginning of the
process of being consigned to history.

The important thing is that content is still made – and made here,
rather than merely being bought in – and distributed to the public in
the most accessible form possible.

What is your favourite cheese and why?

I thought you’d never ask. It’s Bruce Forsythe. Ideally in slices,
as most of his jokes grate on you.

If a tree falls in the woods and no one is around to hear it, does it
make a sound?

Submit your TV shows and scripts