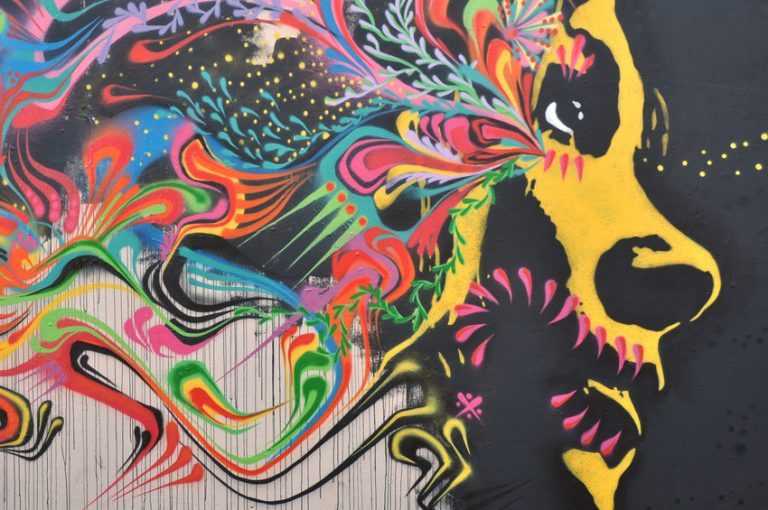 Street art began emerging in the last quarter of last century and portrayed its great potential of passing a message to the masses – often by an anonymous artist. When talking about its origin, legendary names like Jenny Holzer can hardly be left behind, whose amongst those who gave birth to this art form. They were usually drawn by the freedom that an urban environment presented them; a priceless opportunity to interact with an unsuspecting audience. To date, the culture lives on and is fueled by a need to express one’s opinions spontaneously via color and creativity.

Public places always make for a perfect platform to lay the art, and recounting below are some top ten street art pieces.

It is no doubt that this has been a Dasic Fernandez year, his exceptionally creative works have touched on sensitive and diverse prevailing issues in a colorful way. His pieces are mainly located in Brooklyn and have taken the hearts of pedestrians, bloggers, and even fellow artists.

The rainbow colored body does not overshadow the cold stare, nor the hand dripping oil into the pavement. The dark background is hardly noticeable given the harmonious nature the colors have been blended. 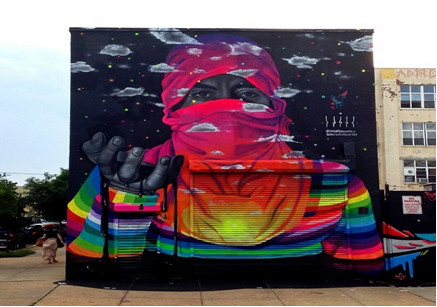 The painting created in Lisbon in 2010, following Deepwater Horizon oil disaster that occurred in the Gulf of Mexico. It is set in an abandoned building culminating in a global street art scene. Its a representation of how art can be utilized to confront modern-day issues in an uncensored manner. An artistic touch is especially evident in the way that the building turrets creatively take the place of the oil baron’s golden crown. 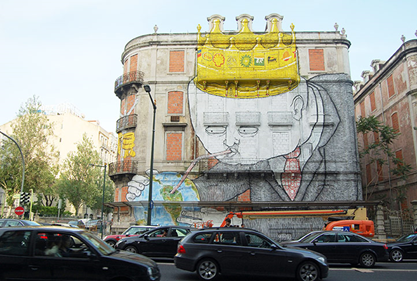 During the International Peace Day, Britain was treated to a spectacular work of art in honor of the fallen heroes. Artists Andy Moss and Jamie Wardley, together with volunteers and local residents etched 9,000 soldier silhouettes on the Normandy beaches – an impressive sight. Even though it only lasted for several hours before the tides washed them away – joining in taking the memories away. 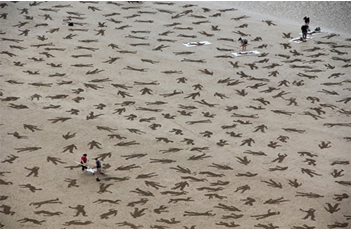 David de la Mano, a renowned Spanish artist is known for his creative use of murals, trees, silhouettes and monochromatic imagery to come up with an impressive piece. The blue whale is a representation of some of his street artworks. 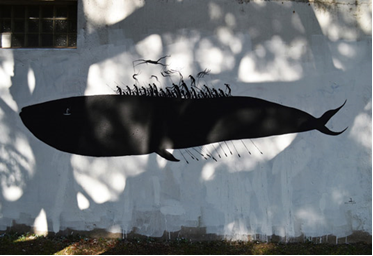 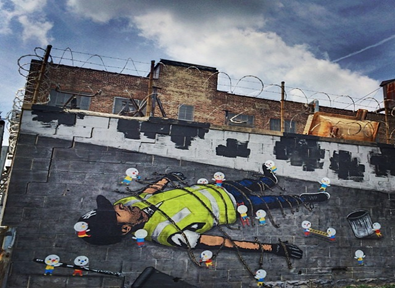 Artwork representing a silhouette in an abandoned psychiatric hospital. 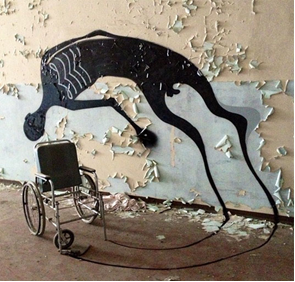 It was Leon Keer’s representation of China’s Terracotta Army before the Chalk Fest in 2011, going ahead to win as Best 3D Piece.

It is virtually impossible to write about street art and not mention Martin Ron. His work speaks for itself. 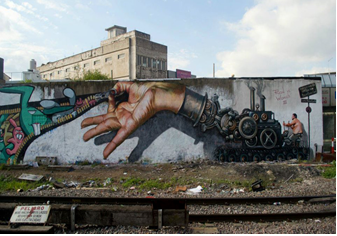