Don’t tell me never to cry

Don’t tell me I have to try

No one to lead so that we could follow

We had no direction;

We had no hope

All the while been in that tribulation;

With which it was difficult to cope

What could we have done?

On whose trunks could we have held?

How couldn’t we have gone;

if they all wanted us in hell?

that gave us too much difficulties;

in our entire life journey;

and roped many to become casualties.

There was nothing we could to take away the pains

Thinking that perhaps the almighty had already forsaken us

But what could we have done to stop that? Nothing.

The rebels knew no mercy.

They killed without leniency

they were known of killing, looting, raping, pillaging, torching dwellings and so much more.

They never looked at us as human beings

Education was no more

Medical services were no more

The plenty we had down home there was no more

The kraals which were full of livestock were razed down

Had to converge in the IDP camps;

which were well known of scarcities

We were subjected to all those

Stings of mosquitoes were nothing and didn’t hurt

On taking a crack to flee the gruesome deaths

from the unwelcomed viciousness of the murderous,

Vehicles taking people away from the war zone

were shot and burned with the passengers in them

Planes carrying people away were shot and burned

We cried because the trouble was painful beyond bearing

Struggled to ensure the tribulation was brought to an end

At last; we didn’t only hear from tale or history;

that the war had come to a point of vanquish

and felt that we were finally at ease.

But again we came to know what it felt like

Going back to the original villages from which we came

They had all turned into bushes

Landmines which were previously set during the war period

became another source of death and physical damages

Poor health services as well led to the death of some people.

But all away, we managed to live in the squalor till today 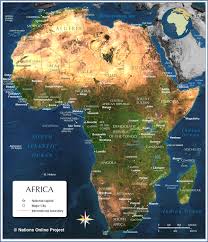