blink n and nod mine engorged phallus
sought check kin at cali fornication, per base feral,

ah hanker ta deux an Aaron" per cull
of the wild, and an SOS tummy doppelganger

bro' blow job, cuz back in the days of young adulthood

particularly with onset of raging testosterone,

this once introverted primate felt his cribbed penis

rather small male gonad got rock hard like a hoe

especially at the most inopportune instances; or watching

the backside wiggle of a freshly minted female teacher

did cap cha this common Joe, who felt stymied, frustrated,

how to find suitable gamine orifice

and many dudes bragged about their masculinity

and boasted about their high achieving Ivy League score,

felt like five be low, which pent up carnal craving

(a piss poor substitute) until the august moment bedding abby

who allowed, enable and provided a proper outlet er...

more healthy than candy, and delivered to our lives
wholesome buns in the oven, which progeny

with Cheney saw in hand) way toward a positive future, yet this once
risqué, pesky, and frisky father experienced

who haint so hot fo' teacher, nor petty pussy,

ma five feet and ten inch being, yet arousal to enter the once portal

comb thing far this king fro licking in the lair re: aperture felt envy and forced

to grapple with hearing indubitable braggadocio. 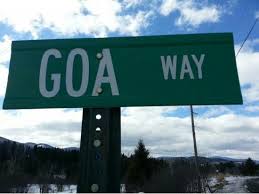