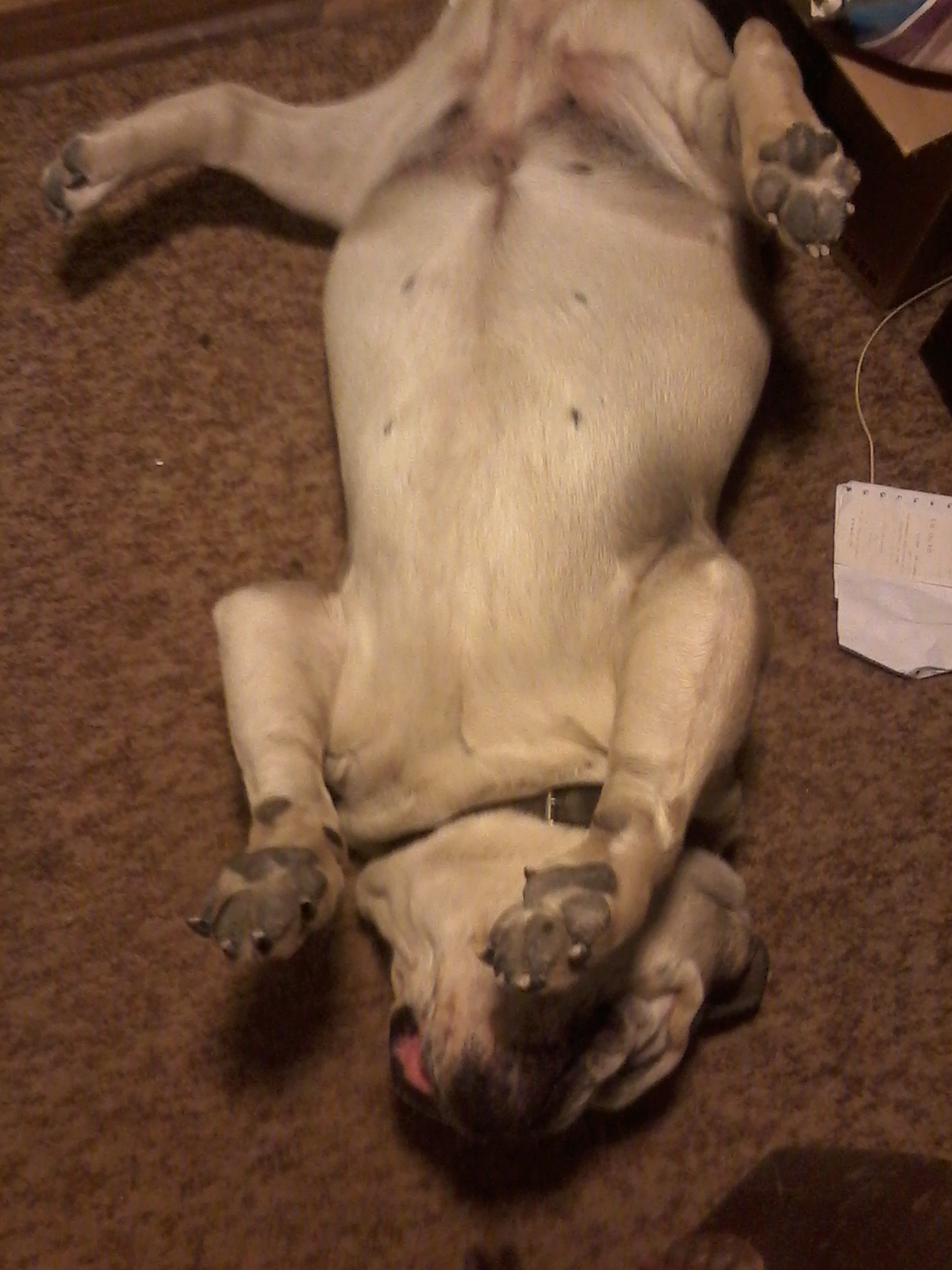 A Game for the Brain Dead!

Rugby! Everyone has gone rugby mad! When I turn on the radio all I hear is rugby this and rugby that. It’s November, nearly the middle of summer yet rugby is still being played in South Africa! Why?

It was about 30 odd years ago when I was first introduced to this medieval, masochistic and decidedly deplorable form of amusement.  I was 17 years old, young, carefree and enjoying the simple pleasures of life; poring over the centre-folds of the  Scope magazines or seeing how many blackheads I could squeeze out of my nose, when I was personally initiated into this form of degradation.

It was during school at first-break when the sports coach approached me.

Now, as I’m sure you’re all aware, every school has got one of these fellows: a whistle around his neck, a body like Hercules and a walk like (because of his overdeveloped legs) Pegasus. He casually asked me if I had ever thought of playing rugby for the school.  The first team needed a hooker and I was the perfect size.

Rugby!  A cold shiver ran up my spine!  The kind of shiver one gets when one hears things like 'nuclear holocaust' or 'family massacre' or a song by Puff Daddy [or, for that matter, any other American Rap artist.]

I felt perspiration oozing from my brow as I falteringly failed to stutter a reply.  You see I had never considered myself to be the outdoor macho type.  In fact I had rather thought of myself being as welcome in a rugby team as Liberace at a Hell's Angels sing-a-long!

Never, I stated emphatically, will you ever catch me playing a game that was designed for morons!

The sports coach placed his arm around my shoulder and gently directed my gaze towards the school's rugby captain. He was lying on a bench nearby with his head in the lap of the school’s ‘Miss Bikini’ who was provocatively running her fingers through his hair.  Her long blond locks splayed seductively over his smiling face.

That afternoon I pitched up for my first practice. I remember one sadistic lock forward, after surveying me up and down, saying that if he had legs like mine he would walk on his hands!

By some miracle I managed to survive the endless running, countless push-ups and seemingly pointless exercise of shoving a huge metal contraption up and down the field.

Then the great day arrived: - the first game of the season! I still recall that we were playing at home against the top side in the school's league.  Actually I was treating the whole thing rather nonchalantly and for a few days prior to the match I remember finding myself becoming the hero of the local chess club!

As I ran onto the field I felt particularly proud and those players from the opposition didn't appear so great anyway!  There was only one small incident that caused a knot to form in the pit of my stomach.  It was when I heard a little voice cry out from the spectators as our opponents trotted onto the field, 'Geluk Pa, skop hulle koppe af!!' ['Good luck Dad, kick there heads off']

Then followed the longest and most horrendous 80 minutes of my short, sheltered existence!

They were kicking off so I quickly positioned myself in a spot where I confidently knew that a kicked off rugby ball never came.  The miss-kicked ball came exactly to where I stood!  What was even worse was that behind it came eight heavily muscled gorillas badly disguised as rugby forwards!

It took three highly trained Red Cross assistants more than five minutes to click my head back into its socket!

And that was only the beginning!  When the scrum collapsed, I was under it.  When the biggest, ugliest lock broke from the maul he always ran towards me!  All passes came to me, especially when every opposition forward was on the loose.  Somehow they all seemed to fall on me together and take great delight in forcing knees into my mouth [or any other available orifice], sinking teeth into my flesh and ripping sharpened studs over my back.

After one of these scrums as I slowly staggered to my feet I saw, to my horror, the leader of these over-sized 'barbarians' grinning at me with my blood splattered underpants clenched firmly between his canines!  And to make matters worse, I still had my rugby shorts on!

I could have kissed the referee when he eventually blew the final whistle!

Rugby is either for sadists or masochists; one must either enjoy giving pain or receiving it!  I am neither! Rugby is, indisputably, for the brain dead!

I’ll never forget that night after the match as I lay on my bed, pain screaming from ever pore, I inadvertently allowed my exhausted brain to think of being tackled and suddenly found myself breaking out in bruises!

The next morning, while sitting at my school desk, feeling incredibly sorry for myself and wondering why no school had a bowls team, 'Miss Bikini' floated into the classroom.  I remember trying frantically to slide down behind the woodwork and praying that this 'walking goddess' would not notice me.  But, horrors of horrors, she fixed those pools of blue ice on 'moi' and effortlessly glided over.

I could feel hot sweat trickling down the back of my neck as I tried to imitate a Rock Hudson smile.  This proved to be quite difficult mainly because I had a split top lip and a bottom one that would have made Mick Jagger jealous. ‘Chanel 21’ filled the air.

'Oh you poor thing,' she purred in a voice one could tune violins to, 'You were so brave in yesterday’s rugby game.'  She leaned over seductively and brushed her silk lips against my cheek.

My starched vest shot up my back like an unleashed window blind!

I tried to stammer a reply but she was gone.  All that remained was the perfume.

Oh well, I thought to myself as I reached for my history book and spat out another molar, I wonder if I’ll be playing hooker or eighth man in Saturday’s game?