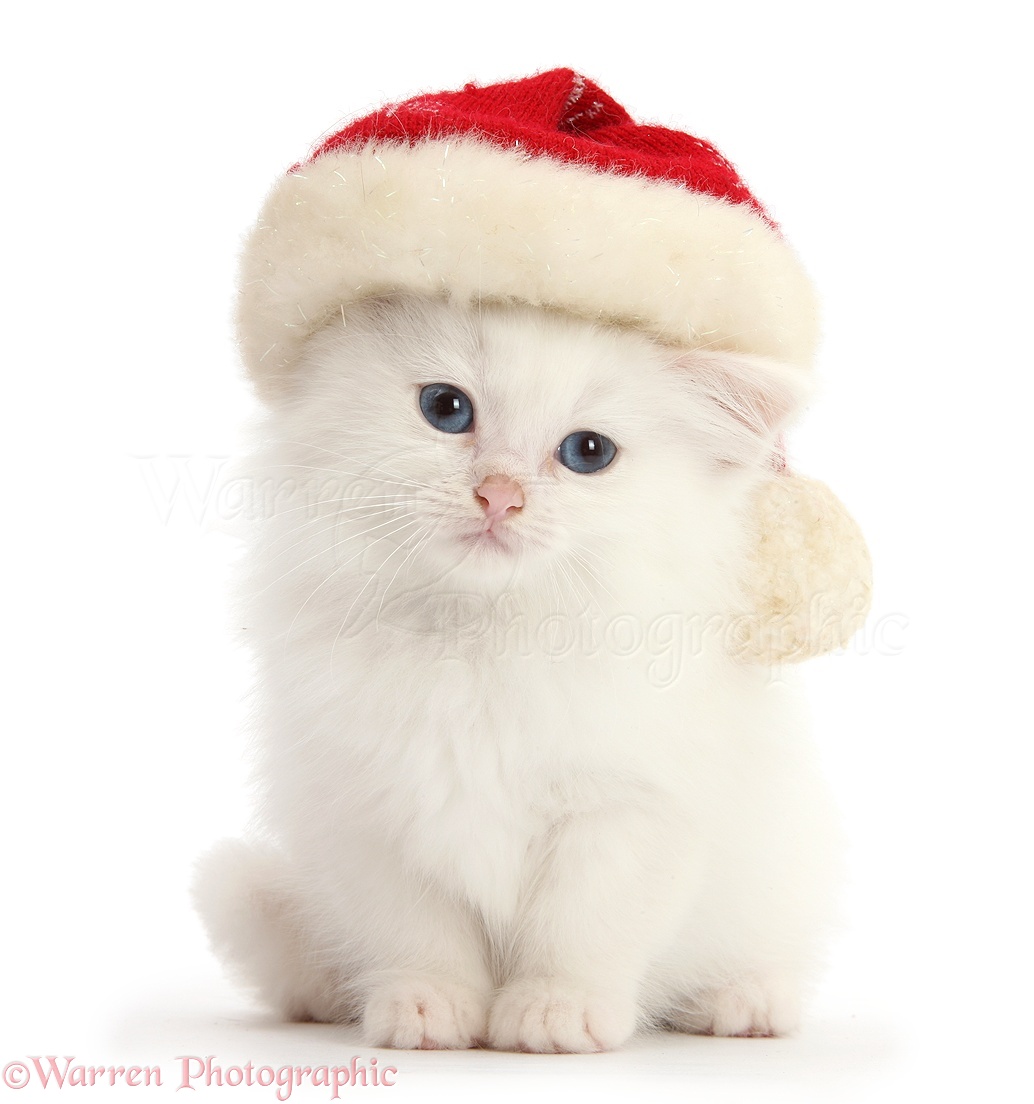 The snow colored kitten climbed into the front of the sleigh. Santa patted the little fellow, Roscoe, on the top of his head. The snow bit and nipped at the big man’s nose. ‘’Won’t be long now,’’ Santa’s voice boomed over the howling snow and wind. ‘’You’re going to love your new owners. They have a wonderful little girl named Alison that’s just going to adore you.’’

Roscoe wondered what kind of girl Alison was. Different scenarios played out in his young feline brain. First he pictured her as a sort of drill instructor. Roscoe imagined Alison wearing an army uniform and wearing a whistle around her neck. ‘’Alright, fuzz ball,’’ Alison glowered down at the trembling kitten. ‘’Drop and give me twenty.’’

He tried to pushups but he was too weak and fell onto the hardwood floor onto his belly. Next Roscoe imagined Alison as some three hundred monster with four heads and big gnarly teeth. The cat dug his claws into Santa’s pants leg as he climbed up into the big guy’s lap. The sleigh arrived at its destination. The snow continued to fall. The glow of electric Christmas trees glowed in all the windows of Charm Street,

Santa scooped up Roscoe in one hand and dropped the bag of goodies down the chimney. He shimmed himself down, exiting from the fireplace. He bent down and placed Roscoe on the ground. He wobbled on kitty paws into his new surroundings. He noticed a low hanging red bulb on the Christmas tree. He swatted at it a few times until it fell of the tree, shattering upon impact.

Roscoe leaped back, startled, examining the broken glass bits. The interior of the house smelled of cinnamon. The hot glow from the Christmas tree cast the room in a plethora of light. ‘’Here kitty, kitty, kitty,’’ Santa called to the feline, bending at the waist, motioning to him with his index finger to come over toward the jolly old elf. The man in red put a new collar on the cat and patted his tiny little head. ‘’Merry Christmas. And enjoy your new home,’’ Santa’s voice was a whisper, but still powerful.

Roscoe turned and bounded up the steps. He saw every door was closed but one. It was cracked just enough for the kitten to gain access inside. A unicorn night light lit up the room and illuminated the sleeping girl’s face. She was cute and blonde, with a little pug nose and a round little face. Alison’s crutches lie against the wall. Roscoe scaled the side of the bed like some great mountain climber and curled up on Alison’s chest and fell asleep.

Alison woke up the following day and found it impossible to hide her enthusiasm for this bundle of fur she know called her cat. ‘’Oh my goodness; you are so cute!’’ Alison gushed. She held him out in front of her and clutched him tight to her chest.

‘’I know we’re going to be best friends forever,’’ Alison smiled, nuzzling the cat against her cheek.

Roscoe purred, rubbing his face against the young girl’s cheek.