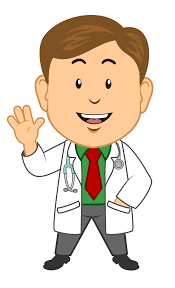 She had gotten to the notice board only to see that the aggregate score attached to her matriculation number was just a little over her biological age. And she had just clocked 21!

If only he knew. If only they knew!

It wasn’t like she was a bad student, she sincerely put her best into studying her books. Burnt the midnight oil. Paced the floor when she felt sleepy. Jumped up a few tims, till she discovered that this technique wasn’t made for her- vertigo was beginning to set in!

She turned back to face Tolu.

‘We are going to Pharmacology lab o. 500l students have bounced us from the class’

‘Dr James is waiting for us there.’

She had been standing in front of the notice board, motionless.

‘Don’t worry ehn, shebi its just in-course, you can make up for it with Block 2 results’.

‘I scored 51 in intro.! Now, 28. It’s not even close to half when added together. I just hope I don’t fail Block 2 exams so I can at least sit for Pathology exams’

Tolu was her best friend. She ALWAYS passed.

Actually, in pre-clinicals, they both almost always passed.

But since they crossed over to clinical, Linda was almost consistently part of the bottom 5 in the class while Tolu still managed to remain among the top few.

And they read together.

‘So shall we?’ Tolu said as she exited the class

Doctor Fola Adetona wished he could rewind the hands of the clock.

Today, my dear friend, you will be a real doctor; he said to himself, with a half-frown on his face. It was no longer a mirage. No déjà vu.

It was his first day on the job as a house officer.

And he was to start with Paediatrics unit!

He had dreaded that unit while he was in school but really, who hadn’t?

And it wasn’t even in another school, it was in the school from which he had graduated.

He could just picture Dr. Makanjuola, the Senior Registrar.

Back when he was in school, he had once told him on ward rounds:

‘You cannot impress me because you’re not intelligent.’ As how now?

He was sincerely prepared for the worst.

As he stepped into the Paediatric clinic, he came face-to-face with his nemesis. Dr. Makanjuola

He stifled a groan, and greeted him.

‘Adetona, what are you doing here?’

‘Oh, ok. You can go to the Emergency room (ER). Join the Senior house officer there.’

One last glance at him

‘Don’t do anything stupid o. And, you’re welcome to the unit.’

Crest fallen, Fola walked down briskly to the ER; sincerely praying that he’d have time to settle in before any serious case would present.

‘Yes o, and na here dem throw me.’ Fola said, with a smirk on his face.

A troubled looking young woman came in trembling, carrying a child who was at most, 5 years old.

He was having a seizure attack.

She pulled at Fola’s ward coat